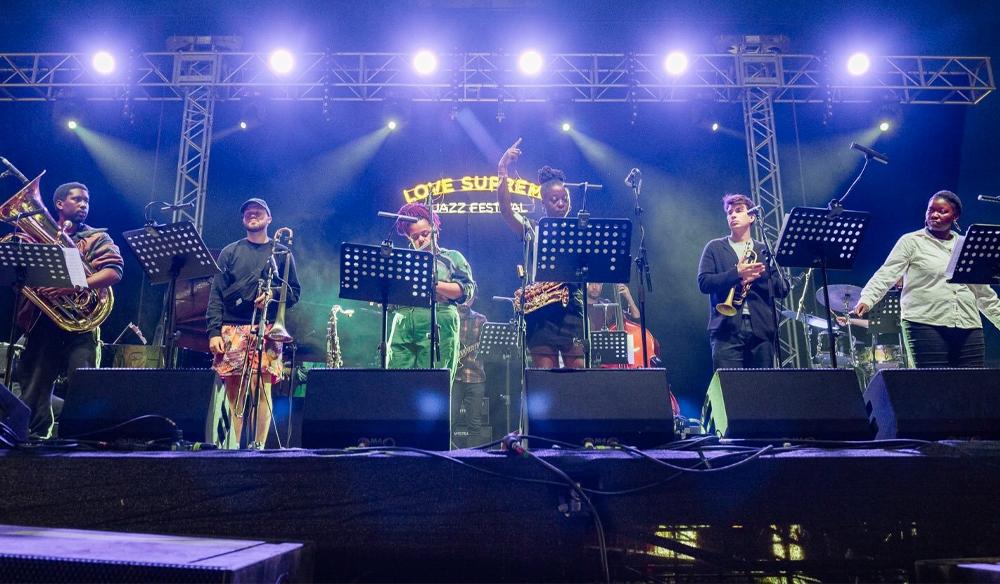 London jazz ten-piece, SEED Ensemble, are heading out on their debut UK tour to celebrate a massive 12 months.

Their first album, ‘Driftglass’ was deservedly nominated for a Mercury Prize and their line-up is a who’s who of the blossoming scene down south.

Including Theon Cross from Sons of Kemet (also Mercury-nominated) on the tuba, trumpeter Sheila-Maurice-Grey from Kokoroko and plenty more young and exciting talent.

Combining West African and Caribbean influenced groove, it sounds like the perfect boogie to break up your working week.

You may also like...
TagsBand On The Wall, Picks Of The Month, SEED Ensemble, Tickets