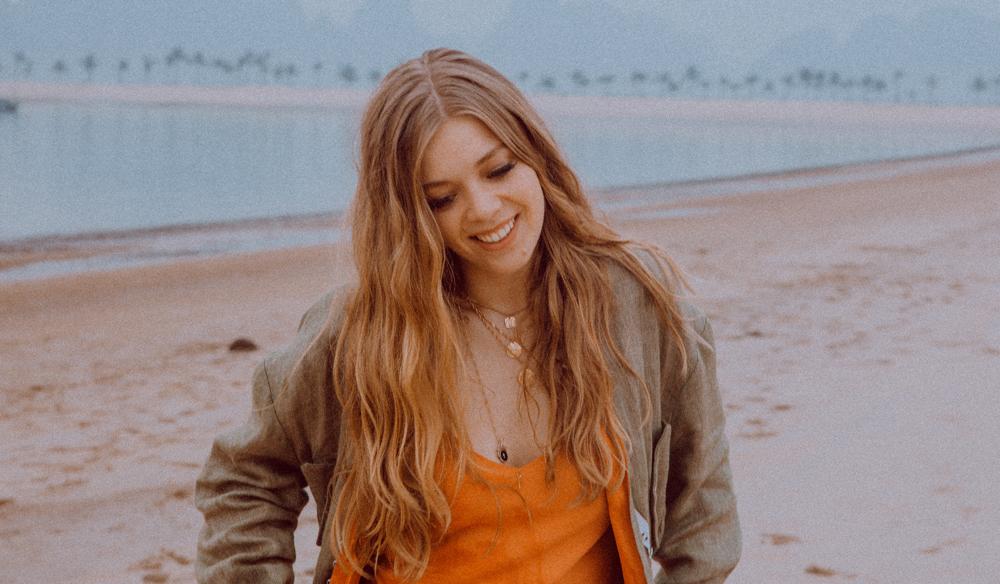 Becky Hill on her plans to become a global selling artist

Becky Hill is that kind of fun-loving girl you see at every festival: Spinning around in delight at her surroundings, a can of cider in one hand and a cigarette in the other.

Except, there’s one big difference. She’s a secret star.

Becky might easily blend into a tented background amid hundreds of other hedonistic music lovers, but she’s actually the voice of – and writer behind – the biggest UK club hits of the decade.

Becky’s spent years crooning incognito; often heard and rarely seen. But now she’s done with being just another head in a party crowd. This is her time to go front and centre.

“I’ve been able to get on the tube or walk down the street and no one knew who I was: my career has always been like this,” Becky tells The Live Guide, perched on her seat aboard the beautiful Johannes Brahms boatel moored on a Netherlands canal.

“I’m kind of normal and I like that normality. But I do see the benefit of having a face in music.”

“The turning point for me was when Ella Eyre said, ‘if you’re not the face of your shit, nobody cares.’

That’s when I knew I needed to get over this fear of being judged or not feeling pretty or thin enough. I’ve just gotta fucking go for it.”

Becky’s songwriting has turned tunes like MK’s ‘Piece of Me’ and Oliver Heldens’ ‘Gecko (Overdrive)’ into mega hits that are still being rinsed on the radio today, but now she’s ready for the world to see her for what she truly is: far more than just a featured artist.

“I’ve walked into a room of industry people being like, ‘Who the fuck is she?’”, Becky chuckles. “Then one of my tracks starts playing and they’re like, ‘Oh, I love this song!’”

“But I’ve got to a place where I feel a bit more validated now. The turning point in my career was when Sigala put me in his video (for ‘Wish You Well’) – he’s the only artist who’s ever done that. “

Then people started saying, ‘Oh, that’s what she looks like!’”

Becky is about to show her face at Eurosonic Festival – which offers a platform for some of the best rising talent in music.

As she talks to us ahead of the gig in Groningen, the singer is visibly enchanted at the prospect of performing solo to a completely new crowd.

“I just wanna go for it,” Becky enthuses.

“I feel like I’ve spent a lot of time building up rapport in the music industry with the features that I’ve done.

“Now is my time to really go for it and break globally. I wanna sell millions of records and have number one singles.”

Becky took a scenic route to get here, that’s for sure. After pestering her mum into buying her a “horrifically pink guitar”, the singer began writing music by age 13.

Then came an appearance on talent show The Voice. “I loved the experience,” Becky laughs, looking back. “I was just turning 18, and I’d never been to London before. I was given £500 a week and a sick flat to live in.”

“The Voice felt like university to me. I was sleeping with one of the contestants, breaking out onto the roof to smoke fags and drink rosé. It was one big adventure.”

“I didn’t take myself too seriously. Some of the people on there – and this is why talent shows can be quite fucked up – go in thinking it’s the be-all and end-all, and if they don’t get somewhere their life’s fucking over. You need to take it with a pinch of salt.“

“You’re treated like the best thing since sliced bread when you’re on there, and as soon as you’re off you don’t hear from anyone again. That was the terrifying bit.”

She didn’t win, but The Voice nonetheless played a role in Becky’s big break. She made contacts there – and after hustling for meetings in the capital, she met a lawyer and manager who helped her get inside the studio.

“When I first came into the industry my manager told me to just go and write,” Becky explains. “In the first four years, I wrote about 400 songs. It was relentless. About 10 were good and the rest were shit!”

“‘Afterglow’, for example, was written after a particularly shit day, and Wilkinson just happens to call the guy I’m with saying ‘I’ve got the beat’. During writing, Talay Riley said to me: ‘I’ve got this word ‘afterglow’ in my head and I don’t know what it means.’“

“We Googled it and learnt it’s the feeling you get after taking MDMA or having sex. I was like: ‘Fucking perfect!’

“After that I got my name about pretty quickly. Becky Hill: Pop Whore. That was me.”

But what Becky really wanted was to pen music for herself and she found inspiration in four particular artists. “I loved the sparkly songs of Ellie Goulding, the amazing songwriting of Ben Howard, the bells and twinkles of Passion Pit, and the uniqueness of Bon Iver. I wanted to put all those things in a pot and stir it around. What I came out with was my first single ‘Losing’.”

Fast-forward to 2020, and Becky has a sold-out solo tour coming up – which she admits she’s “shitting herself” about. “I’m gonna be working my tits off for 12 months,” she says unabashedly.

“I’ve got ‘Better Off Without You’ released, which I think is a fucking smash – hopefully everyone agrees! Then I’ve got three singles coming out, Coachella, Tomorrowland, and I’m hoping for Glasto as well. I’m doing loads of really cool shit this year.”

“I just hope my voice lasts. I’m gonna stop smoking and drinking… at some point. I’m telling you now I need to. A vocal haemorrhage is not happening.”

Ahead of her headline tour, catch Becky Hill supporting The Script at Manchester Arena on 21st February 2020.

You may also like...
TagsBecky Hill, ESNS, Eurosonic, Exclusive, Interview