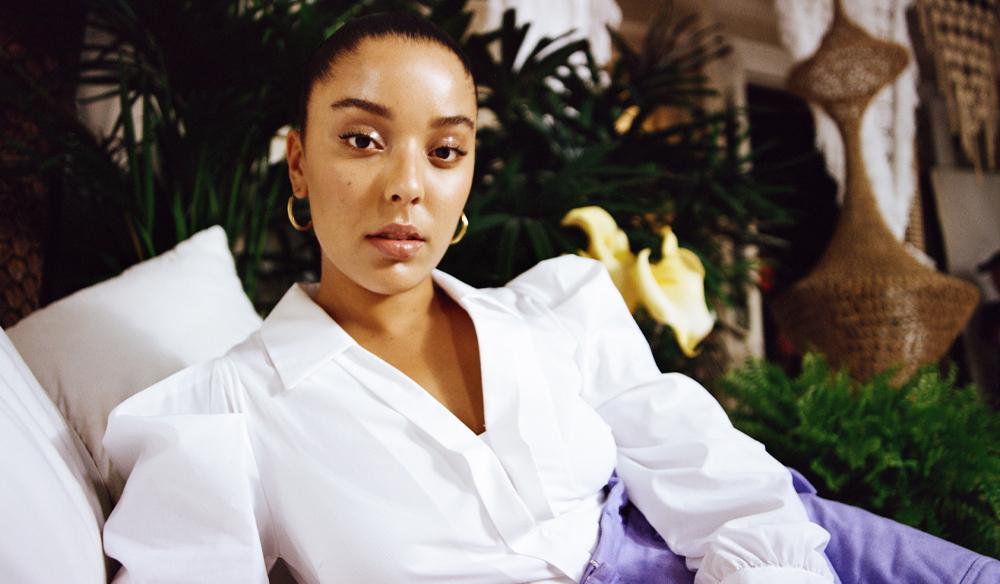 “Oh, really? Have you been crying your eyes out?”

The Live Guide has been listening to a lot of Grace Carter recently – and the singer thinks she knows what our reaction to her music might have been.

This young Londoner’s passionate, personal, piano-powered soul-pop is delivered with the kind of glorious vocal power you might hear ringing through a gospel church during Sunday service. It’s impossible not to get a little weepy when you listen.

Grace makes music that demands attention – and she’s getting it. The twenty-two-year-old has spent 2019 performing over the world and attracting millions of listeners each month on streaming services.

She was also selected in BBC Music’s prestigious “Sound of” poll this year – an honour she still quite can’t get her head around.

“Back in the day I saw artists I absolutely adored on that list,” explains Grace – whose bubbly, joyful waking life persona is a far cry from the tortured poet her music suggests.

“This (singing) life is different for sure – it’s definitely not something you learn at school! But I really enjoy it. It’s crazy and exciting that I’m able to do what I love every day.”

“On tour, I’ve had a few moments where I actually realise how far things have come. Like when I was in Asia earlier this year I thought:

‘How did I end up in Japan with all these people singing my songs?

But I’m not sure I’ll ever think I’ve actually ‘made it’. That’s a good thing and a bad thing, I guess. I’ve always got so much more I want to achieve.”

Her earnest approach is part of the reason Grace has struck a chord with music fans across the planet. But what also separates her music from other tearjerkers isn’t just its sincerity, but its subject.

When Grace asks “Why Her, Not Me” on her eponymous EP, she isn’t talking to an old flame. The ‘one that got away’ is her father. He’d chosen another family.

“My mum raised me as a single parent – she’s my favourite person in the world and did so much for me,” Grace tells us.

“I was in my teens when mum met my stepdad. That was the first male figure I properly had in my life, let alone my house. He bought me a guitar for my thirteenth birthday, and I started making music to process all the things I’d felt as a child.”

“I hadn’t been able to understand why I was in that position (with an absent father), but I found I could sit in a room and write down my feelings in song and I’d feel better.

Music will always be therapeutic for me. It’s the way I process emotion.”
With every note she hits, Grace wears her heart on her sleeve – a practice that’s draining and liberating all-at-once.

“I’m very happy that I share. But of course, I do get exhausted,” the singer admits.

“Sometimes, when I’m on stage I might cry a bit, because there’s a lot of emotion there. It is hard, but it’s also very empowering.”

“My songs are about my own experiences, but they’re also about the triggers that happen when you go through emotional things. To me, it’s personal, but to someone else, it might mean something different. That’s what it makes it so special.”

“My favourite part is actually meeting the fans. This is where I can see the numbers in real-life and connect with them.”

With the Spotify stats climbing and recording sessions increasing, Grace has a very real shot of following in the footsteps of her heroes – musicians who’ve also dedicated themselves to profound song-writing.

“Adele and Alicia Keys were the ones I was drawn to – that was the stuff my mum would listen to at the time. I also really love John Legend.”

“I’ve toured with some amazing artists, too, which has been very cool: Dua Lipa, Rag ‘n’ Bone Man, HAIM, Mabel. They’ve been really important in my development. In this world, I’m constantly learning on-the-job, so it’s really special to have people there helping me along the way.”

“I started off as a support act, and suddenly it got crazy when it became my show and my tour. I was like: “Ohh! These people are actually here to see me!”

Indeed, there’ll be thousands coming to watch Grace in the coming weeks.

She’s tag-teaming with fellow heartstring-puller Lewis Capaldi on her upcoming tour – and it’s a good bet there won’t be a single dry eye in the Academy on 23 November.

“Manchester is one of my favourite places to perform by a long way,”

Grace says defiantly. “Everyone’s always up for a good time. I’m very excited to come back to the Academy – connecting with the people and the energy in the room.”

“I’m really looking forward to being back on tour. Hopefully, I’ll sell out arenas at some point. But more than anything, I want to drop an amazing album that people connect with.”

And how will that sound? We can’t say, just yet. The singer is keeping the cards close to her chest on this one.
“You’ll have to wait and see!” Grace quips, her voice rising an octave.

“I’ve shared so much of my childhood already, so I wanted to go back to the studio and establish how I felt as a twenty-two-year-old. This music is going to be about where I’m at in my life right now.”

“It’s kind of like a step on – I’m growing up. But I don’t want to give away too much. There’s stuff coming in the next few weeks, that’s all I’ll say.”