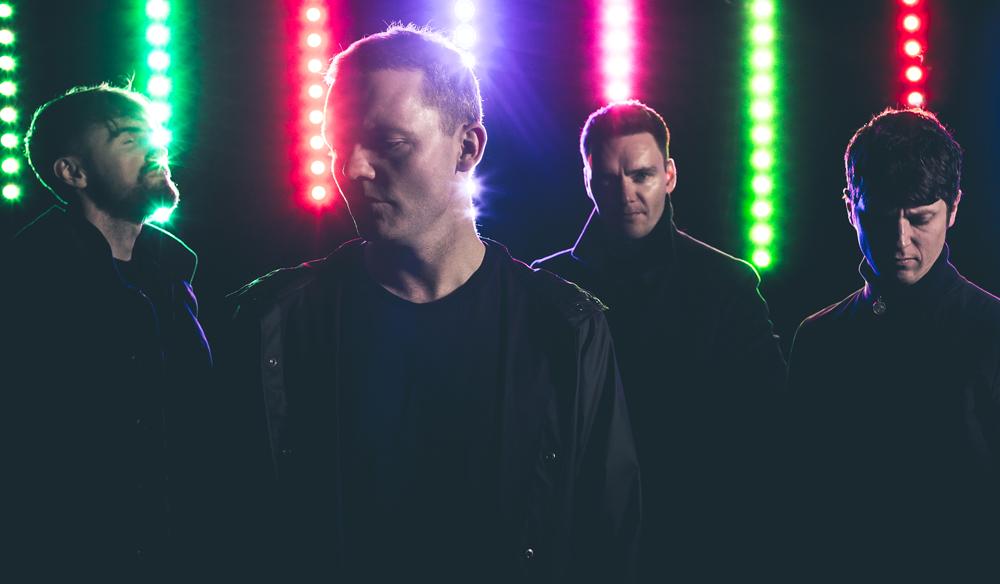 The Slow Readers Club on their career so far, new album & sold-out shows

“I stood there thinking: ‘What am I doing with my life?’”

Every musician has a moment when they wonder if it’s all worth it. Overcoming an episode of self-doubt seems to be a great singer’s rite of passage.

For Slow Readers Club frontman, Aaron Starkie, this happened one afternoon out by a stream.

It was 2015, and his band of born-and-bred Mancunians were now a big draw on the local circuit. They’d gotten through the difficult early days (including one particularly deflating gig ‘out in the sticks’ where they played to half a dozen bar staff and a single sound technician). They were starting to make it.

But then came that day of the video shoot – which the band had to arrange between work shifts and rehearsals.
“We were filming for ‘Plant The Seed’,” Aaron tells The Live Guide, chuckling at the memory before he’s even finished the sentence.

“The idea for the video was quite artistic and all this coloured powder was being thrown around everywhere. But because we were near the river, the air was quite moist, so the powder just turned to mulch straight away.”

“As I stood there with all this stuff being thrown at me, soaking wet, I didn’t have much confidence things were going to turn out alright.”

But they were, of course. More than alright. The final cut of ‘Plant The Seed’ proved a triumph, and gig tickets for Slow Readers Club shows were soon being gobbled up across the city.

“You’ve just got to keep believing in yourself and the music you make,”

says Aaron.“Sometimes it was tempting to think: ‘Are we flogging a dead horse here?’. But the dream of being a full-time band kept us going.”

“We slugged away for a long time, balancing day jobs, and it was our tour with James that did a lot to give us an audience around the country. People started to get involved with ‘Cavalcade’ (their second album) and word of mouth spread.”

From there, The Slow Readers Club became part of Manchester’s music makeup – held in the same regard as exciting neighbours like Blossoms and Cabbage (look closely and you’ll spot Cabbage’s Stephen Evans in a Slow Readers Club video…).

“The lens went away from Manchester a long time ago and the city is still associated with the bands of old. It casts a long shadow that kind of thing,” muses Aaron.

“But there’s a lot of great new bands coming through from Scruff of the Neck records like Larkins, as well as the big ones like Courteeners and The 1975. It’s a good healthy scene right now and we’re proud to be part of it.”

‘Cavalcade’ proved to be a fitting name for The Slow Readers Club’s breakthrough record, prompting a parade of praise that paved the way for the band’s graduation from small-time gigs to big arenas like the Albert Hall and Apollo.

Their third album, ‘Build A Tower’, busted the UK Top 20, and at the turn of 2019, they went full-time to tour the world – playing in the Netherlands, Belgium, Poland, Croatia and China.

“Our melodies are quite uplifting; most of the songs you can have a dance to,” the frontman tells us.

“Growing up, mine and my brother’s inspirations were Bowie, Beatles, Smiths, (Stone) Roses, Arcade Fire and Interpol. But David likes his Led Zeppelin and Jim likes Motown. We’ve all got our own influences and bring different things to the mix.”

“We write our own bits and it comes together when we jam around. It’s a good collaborative process and it seems to be working well so far!

“We’re working on the next album right now, actually.

It’s more aggressive than our previous stuff both lyrically and melodically; a bit punkier and more guitar-led. There’ll be some gentler electronic tunes on there, too.”

Their intriguing sound has caught the ears of international audiences, but what’s elevated The Slow Readers Club further is the fact they don’t shy away from issues in the bigger world around them.
“A lot of our lyrics are quite melancholy, personal and existential,” Aaron says. “But there’s also stuff in there about how the world affects your own psyche; the feelings of anxiety we get by not having control. We live in such an anxious age now. You can see on social media the division it’s caused.”

“It’s good that more bands are addressing politics these days. It was deeply unfashionable for a while, but to not address that and just sing love songs is a bit… weird. It couldn’t go unmentioned, for me.”

Given the origins of their band name, The Slow Readers Club were perhaps born to be a bit political. Before starting high school, Aaron remembers being taken on a tour around the building and seeing one room labelled ‘Special Needs’.

“I found it a curious concept that people could just be separated from main education. The name Slow Readers Club was born out of a rejection of that. It’s like a championing of the underdog: don’t underestimate people.”

Nobody is underestimating Slow Readers Club now, that’s for sure. Next on the agenda is a big winter tour – with two dates booked at The Ritz in December. “We’re really looking forward to it,” Aaron enthuses.

“The Ritz is a good size with a great dancefloor where you can still see the whites of people’s eyes when you’re on stage – so you feel involved with the crowd.”

“We’ve got two great bands supporting us as well: Jordan Allen and Spin. Be sure to get down early and see them; they’re worth checking out.”

“In the new year we’ll release the new album. We’ve recorded our live show at the Apollo – so that will be out soon on DVD, too.”

“We just want to keep developing as musicians, create new stuff and hit more festivals. The hope is that we just keep getting bigger.”

You may also like...
Tags2019, Exclusive, Interview, The Slow Readers Club