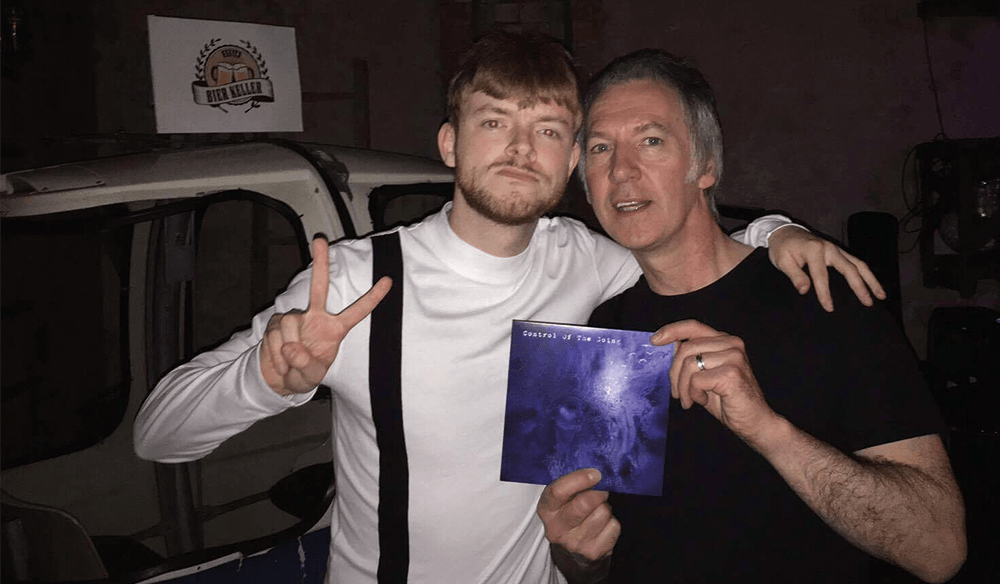 Clint’s Hint: Control Of The Going

One of the lovely things about being a club DJ is that I regularly get approached by bands, singer songwriters, musicians in general who want to chat about the business, grab the obligatory selfie and (often) thrust a copy of their latest work into my eager palm. Often, I’ll get to listen to the music sometime later and, occasionally, I might contact the band to give them words of encouragement. This happened at a recent DJ gig at the Bier Keller Live venue in Oldham (ex Tokyo Project / Hurricane Club).

A group of young lads came over to chat to me about their band ‘Control of the Going’. Their enthusiasm and charm really reminded me of myself and my early band mates starting our journey in that very same room 35 years earlier.They gave me a copy of their latest single. A beautiful 7” piece of vinyl in a lovingly created blue sleeve. It was called ‘She’.

The following day, I placed the record on my turntable and dropped the stylus onto the run in groove. The track kicked in… “Fuck me!!” I thought, “they even sound a bit like the early Inspirals!” Control of the Going have that same psychedelic, trance, drone that we and many other psyche revivalists fell in love with back in the mid-80s. I immediately took my iPhone out, set it to ‘video’ and played the track again, this time filming the record going around and the Boon goldfish looking on slightly bemused. All very trippy. I posted the film on Twitter as a little gift for the band (and the world).

I’ve not played with a band for almost two years now. The future of the Inspirals is still very uncertain following the tragic death of our drummer Craig. Occasionally though, I’ll hear a piece of music which gives me that little palpitation in the chest. That twitchy butterfly in the stomach. That taste of adrenaline which makes me want to be in a band again. That’s what hearing ‘She’ by Control of the Going did for me the first time I heard it. Cool As Fuck!

You may also like...
TagsClint Boon, Control Of The Going, Industry Expert, Inspiral Carpets