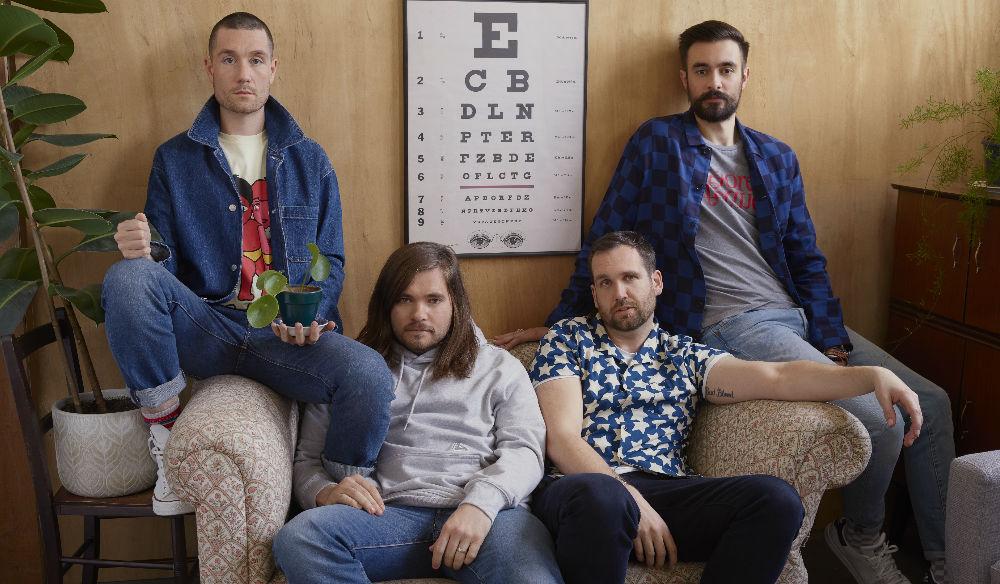 “Nah I’m not tired; I feel quite good actually,” Will Farquarson assures us.

The Bastille bassist had a show in Berlin last night and has another in Porto tomorrow, but he doesn’t sound like a band member deep in the throes of a relentless European tour. He’s Sunday-morning chilled for his interview with The Live Guide.

“We didn’t have a late one last night,” Will explains. “We’ve been doing this for nearly a decade now. You learn to pace yourself.”

“When you first start touring, you get messed up every night and you’re perpetually hungover. These days we’re definitely a little bit less reckless.”

It’s true: Bastille are growing up. After ten years, fifty countries, sixteen singles, half a dozen major music accolades, millions of Spotify streams and a video starring Will Smith, they’re a very different band to the four-piece that formed way back in 2010.

The latest chapter of The Bastille Story is less blurry and chaotic than everything that’s come before it. There have been more sessions in the studio than out on the town. The dingy basement where they recorded their first two albums has been swapped for bright, swish surroundings. Lead singer Dan Smith has even chopped his locks to rock a skinhead.

What we’re seeing right now is the most pivotal point in Bastille’s evolution since they entranced the world with the grand choral chants of ‘Pompeii’. “It’s been a crazy whirlwind since that release,” Will admits.

“I liked ‘Pompeii’ when we made it, but I had no idea it would be the three minutes of music that transformed my life.”

“I think there’s something really ineffable about the way people connect with music. ‘Pompeii’ was something like our fifth or sixth single, and it just took off – surpassing everyone’s expectations.”

“You don’t really know what’s going to be a hit, but there are songs you particularly like when you’ve finished them.”

“For instance, my favourite song of ours is ‘World Gone Mad’. It got featured on the film ‘Bright’, too – which meant we got to meet Will Smith, which was very cool.”

Bastille’s third LP, ‘Doom Days’, is officially released on June 14th – and it’s an ambitious effort that puts a fresh spin on their radio-friendly sound.

“This is our first attempt at a concept album. The idea is an apocalyptic party,” Will reveals. “The narrative running through it is all about imagining yourself at a house party during the end of the world.“

“We wanted it to sound quite dancey, with a massive nod to the nineties, and it’s definitely a departure from the last album which was much more guitar-heavy.”

“We’ve created a lot of songs in the back of tour buses and basements before, but ‘Doom Days’ was made at our new Bastille HQ in London.”

“It’s a place where we can all get together and hang out, with multiple rooms for recording different parts of each song.”

“For the first time ever, we took six months off touring and spent all our time in the studio. With everything recorded in one go in one place, the result is much more focused.”

Bastille’s music has long been the subject of genre debate, and ‘Doom Days’ ought to throw another cat amongst the pigeonholers.

“It’s quite illuminating seeing how different cultures react to your music,”

says Will. “In America, we’re seen as a bit of an alternative rock band, whereas in some parts of Europe we’re mainstream pop. The difference between genres can be a matter of perception, I think.”

“When I was younger, I was very into rock like Rage Against The Machine and Korn. That was a big scene in my hometown which gave us our own identity. Then there were also the kids who liked hip-hop who had their own little clique.”

“I think that ‘genre group’ thing has gone a bit. Music is so much more accessible now. Genre boundaries are much less rigid.”

Will has been treated to a cultural insight after so many years of touring, and he loves watching how nations respond to Bastille in their own unique ways during live performances. “Aside from actually playing, one of the greatest privileges of being in a band is getting to see the world,” Will gushes. “I’ve been to something like fifty or sixty countries now. It’s just insane.”

“I love seeing how multifarious the world actually is. You go to some places where the crowds are just crazy, like Poland. Then you go to somewhere Japan and it’s a completely different experience. Before we went on stage, we could hear a pin drop, thinking there was no one there. Then we headed out and saw thousands of people just standing politely waiting for us to begin.”

Will’s memory banks are bursting at the seams with images from hundreds of shows over the years, yet Manchester still stands out. “I’ve had loads of good experiences in Manchester. Some great nights out, too. It’s such a cool place. The crowds are always really rowdy and involved.”

Catch The Bastille at Leeds Festival on 23 August 2019.

You may also like...
TagsBastille, Exclusive, Interview, Will Farquarson