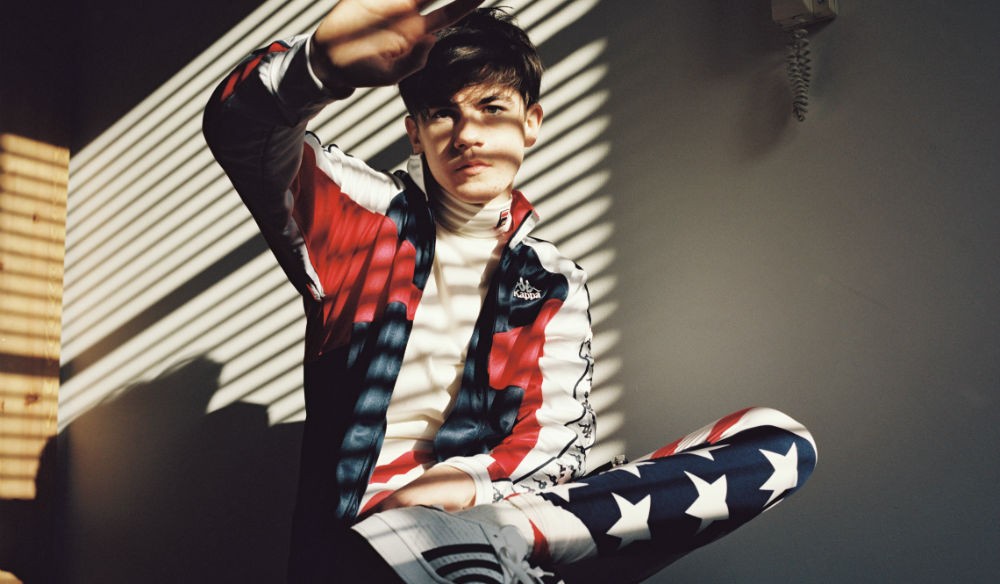 Meet Declan McKenna, “the poster-boy of a postmillennial generation”

And now I’m gonna sing my new album” – plucky words spoken by a determined four-year-old Declan McKenna disclosed in the opening of his debut album ‘What Do You Think About The Car?’.

Fast forward 15 years and that same self-assured Declan has realised his own aspirations; dominating airwaves, both here and across the pond, with his bright and eclectic debut.

Declan has been described by many as the poster-boy of a postmillennial generation – AKA Generation Z – a self-made generation of tech-tuned bloggers and You-Tubers that grew up with the internet at their fingertips and the world at their feet.

This particular self-starter had a bright beginning and has an even more glittering future ahead. His debut single ‘Brazil’ – a critique of FIFA’s decision to award the FIFA World Cup to Brazil – started life as a GCSE Music composition project, which he later self-released.

“I sort of just put it out there and pushed it as much as I could and after one single managed to get signed and stuff, so that was cool. But yeah, I never anticipated anything to happen, I saw my self initially going to school, and uni and stuff and [my music career] kinda kicked off a lot quicker than I ever anticipated really.”

Now signed to Columbia Records, Declan has ditched the essays, assignments, and exams in favour of performing at festivals like Glastonbury and Coachella, touring the world, and pencilling epic pop bangers. “Initially it didn’t really pickup too quickly. Then all of a sudden once American radio had started picking up ‘Brazil’ and it started getting played everywhere then it was like ‘Okay, I’m going to America to promote my single’ and all these radio stations that I had never heard of in America are playing the song, there were people who wanted to see shows and that was when it got kinda real.”

“I was doing all sorts really that I’d never imagined myself doing for years and years.Yeah, it was a pretty dramatic change initially and since then it’s kinda kept moving forward, kept rolling.”

Perhaps the key to Declan’s overnight success lies in his thought-provoking and astute songwriting? Penning songs that speak of and confront LGBT issues, the media and politics, providing insight into stories of the zeitgeist that speak to the generation he represents.

“I think storytelling has always been part of the power of songs.”

“I like literature, I like writing and I like making things up. It allows you to put different context and different perspectives within one song as opposed to just the self, the I, sort of thing.”

“I like making pop tunes and if the lyrics are dark but it sounds happy that’s kinda what I like doing. Like ‘Maxwell’s Silver Hammer’ – the lyrics are bit dark you know? “Bang! Bang! Maxwell’s silver hammer. Came down upon her head” but the sort of jolly tone to it makes it a bit eerie and childlike and it kinda adds to the darkness, without being overbearing. I think you can collide the different ideas and make them make a lot of sense.”

The lyrics may be laced with political anecdotes and tragic tales, but Declan’s songs are always grounded with those playful pop hooks and dance-worthy beats. “I tend to start most songs with some melody aspect, whether that’s got lyrics attached to it, I dunno? Occasionally I come up with lyrics and that will start an idea, but I kinda think what do I love about music? What’s gonna make a good song? And it’s always melody with lyrics attached to it.”

Currently on a huge tour in America, a land that has been incredibly receptive to his music, Declan will join us back in the UK for two sold-out shows – one in London’s Kentish Town Forum and another in our very own Manchester Academy on Friday 6th April 2018.

“It’s kinda like the final headline shows of this act, so I want them to be everything that this album and this tour was supposed to be in the grandest way possible.”

“I think the more I perform, the more I want to have an identity to myself as a performer.”

“And I just kinda like wearing glitter, I like wearing make-up, you know? It’s stuff I’d probably do anyway to some degree. I think as a performer it kinda gives a dress code subtly to the people coming to the gigs. It’s cool, it’s something I really enjoy doing and I think it adds another element to the performance, which is often overlooked in guitar music.”

Fast forward to the summer and you can catch Declan and his band at the likes of Kendal Calling, Neverworld, TRNSMT, Coachella, Boardmasters, and Camp Bestival. “I’m looking forward to Coachella, obviously that’s gonna be a big one. In terms of the UK TRNSMT is looking really good and it was really fun to do last year. Yeah, there’s a fair few festivals that we’re doing and it’s looking really exciting.”

With such thematic lyrics, competent composition, and confident stage presence, it’s easy to forget that Declan is still just 19 years of age.

Upon asking how he thinks his music will progress into his twenties, Declan expressed, “I dunno – I think that’s what’s quite exciting about it! I don’t really have a plan for how the album after the next is gonna sound and how my music will change.“

“I think I’m still very willing to experiment, I think I’m definitely, at this point in time, stepping away from the indie bracket, because I’ve not made anything in that style that’s excited me and I haven’t felt that that sort of sound and scene has been as progressive as others. So I think I’m going to delve more into the classic pop that I love and some more progressive stuff as well but where it is all going I dunno?”

Rounding off our time with Declan we asked the eccentric yet relatable teen what advice he would offer to his fellow Generation Z-ers and he said, “I think to support each other is an important thing. Be what you wanna be and do what you wanna do for the world. I think just supporting your friends on a ground roots level is super important and sticking by the people you trust.”

And what nugget of advice would the now famed Declan McKenna give to his four-year-old self? “Erm I dunno I’d probably say that the big man dressed as a spider in Fuerteventura isn’t gonna do you any harm. [Laughs]”

It’s incredible how a casual and innocent exchange of words between a four-year-old boy and his sister in the back of their parent’s new car can provide a glimpse (even if only in hindsight) into a now teenage prodigy’s future. As for being a role model for ‘Generation Z’ I think this same exchange, and perhaps the most compelling of stories on his debut, gives hope that with hard work and determination anything is possible.