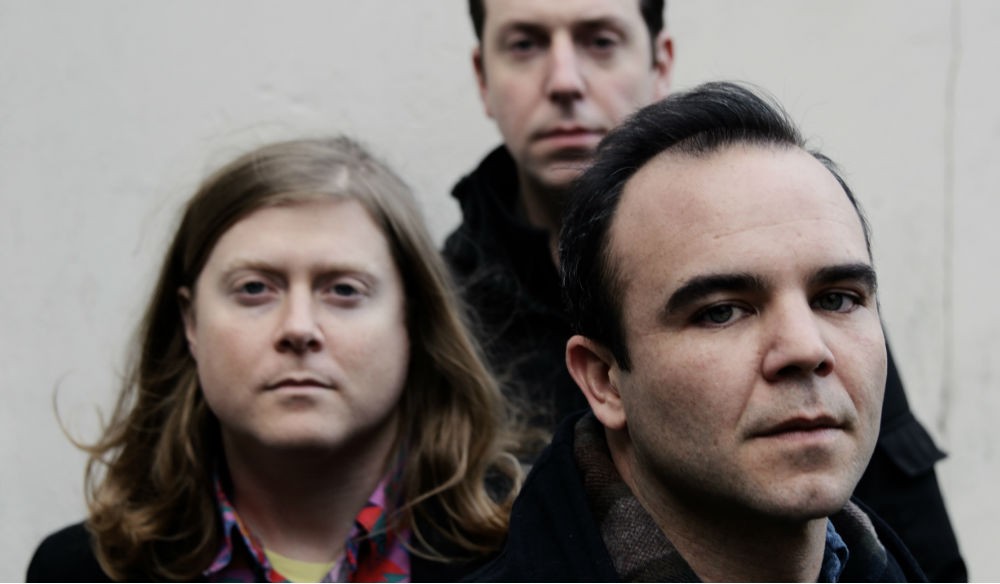 Future Islands open up about why Manchester intimidates the band

In life, the formula of success can be broken down into to three key things; passion, determination and a stroke of luck. As we sit down with bassist William Cashion, these attributes ring true of Future Islands’ story.

Future Islands’ passion harks way back to their college years. The three American amigos – Samuel T. Herring, Gerrit Welmers and William Cashion – began their first musical escapade in 2003 forming the Kraftwerk-inspired Art Lord & The Self Portraits, alongside two other members. Following their college graduation in 2006 the trio regrouped and remodelled themselves into synth-pop outfit Future Islands.

“I’m really proud of the body of work that the three of us have created over the years, including our stuff before we were in Future Islands” explains William. “At this point, we’ve released five albums, a lot of singles and EPs and I’m really proud of the work we’ve been able to create and put out to the world.”

The group’s determination lies in the 4 albums, and 9 years which they channelled into the band before their hard work finally – and much deservedly – paid off in 2014, following their performance of ‘Seasons (Waiting On You)’ on The Late Show with David Letterman.

“It was really surreal to actually be in that studio filming because we grew up watching Letterman as kids and seeing bands perform on The Late Show. It was super surreal but at the same time TV doesn’t really have the same impact as it did for example in the 70’s or 80’s or at least this is what we heard from our management. We thought we are going to do this thing and it will be cool, then the tour will happen.”

Before this TV debut Future Islands were Baltimore’s best-kept secret, but following an upload of the clip to YouTube, the band’s luck changed just like the seasons. The video went viral, and Future Islands exploded, not just in the US but also worldwide.

William elaborates, “It totally surprised us and it took us a while to realise how widespread the video had gotten. It totally shifted everything. A lot of festivals that had originally turned us down called back with ‘Hey we do want to book you guys’, which we were excited to play – for sure – but it was like why didn’t you want us before? [Laughs]”

“The whole ‘Singles’ tour ended up being way longer than it was planned to be as we kept getting offers and extending the tour. At the beginning of the tour we were in a sprinter van but by the end of the tour we had a full crew, a tour manager, lighting, a tour bus and a much larger production and we were so excited to be playing at the level we were on the ‘Singles’ tour.”

“The ‘Singles’ tour was a period of crazy growth.”

“After having slow growth for about a decade when our band was kinda slowly, slowly building audience size and catalogue but at a slow organic rate, after the Letterman performance, it just grew exponentially from there.”

From that moment on all eyes were transfixed on frontman Samuel T. Herring and his eclectic and spirited dance moves. From the chest tear to the hip shake, the reach out to the squat and the groin thrust, his infectious energy was inspiring audiences from the East Coast to the West.

“He’s always been an extraordinary frontman even from our first shows at house parties when we first started back in North Carolina. I guess he’s just got this wild energy and we’ve gotten better at making sure he doesn’t accidentally unplug guitars, overturn all the pedals or knock over the keyboard stands – these are all things that have happened over the years.”

Fast-forward to late 2016 and the band were releasing their fifth and latest studio album ‘The Far Field’, the follow-up to their monumental ‘Singles’ record.

“It feels good and in a lot of ways, it feels like a continuation of the ‘Singles’ album tour, which isn’t necessarily a bad thing. I think part of us feels like maybe the last album is eclipsing this one and that’s because the last album had a big moment and we had the big Letterman push and it just changed the trajectory once that album came out and I think [releasing] this one was definitely different. I feel the record is strong and people are getting it.”

“It hasn’t surpassed the last album but maybe that’s fine. I guess you do want every album to surpass the last one and honestly I haven’t seen the sales figures, so I’m not sure where this one stacks up against it but I do know for the last year we sold way more tickets for shows than we ever did at any point on the ‘Singles’ tour, so I know that live things are still growing.”

Having performed over 1000 shows in their first 10 years together, and many more since then, it is clear that touring has always been at the heart of Future Islands.

“Even from the very beginning we made a demo, so we could play it to the promoters, so they would book us and get us shows. Then once we had a full-length album that was like rocket fuel was poured and it gave us a full tour all over the US, Europe and the UK and we are unfamiliar with that world.”

The band have previously gone as far as to say that they “are stronger on the road than in the studio”. William explains, “We just have a lot more experience on the road, you know we were always recording knowing that it would get us out on the road.”

After a sizable four-month break from touring, the band jump back on the tour bus at the end of April. The trio will be heading to our very own space-themed Bluedot Festival, near Macclesfield, for a galactic headline show under Jodrell Bank’s Lovell telescope on the 19th July. “Just getting on that stage will kinda phase me in itself.”

“I always feel intimidated when we go to the Manchester area because so many bands that we love are from that area.”

Future Islands cite New Order, who performed under the illustrious telescope back in 2013, and Joy Division as influences of their musical style and writing. “As the festival is close to Macclesfield I’m hoping to make a pilgrimage to the cemetery to visit Ian Curtis’ grave as I’ve never had the chance to see it before and we’ve always stayed in Manchester and it’s going to be our first time in Macclesfield.”

William and his bandmates like to hunt out the best coffee shops and take in the sights when they tour the world. “When we are on the road we have a lot of day-to-day things that we have to do like the sound check and press requirements but if we have any free time we try to go sightseeing. I got a folding bike last year and try and take the bike out as I feel that’s the way to see a city. I read David Byrne’s bicycle books ‘Bicycle Diaries’, and I thought about having a folding bike on tour. I decided I wanted to get one, so I got a Brompton.”

So what’s next for Future Islands? “It’s exciting every time we put a new thing out there because I feel like people who didn’t know us before might hear something from the new album and then from there they will go back and discover our older material. That’s how we are as music fans – when you find an artist that has so much more you can dive into it’s really exciting.”

12 years on from their formation, following the passion, determination and luck, which has infiltrated and propelled the band’s career, we asked what’s best about being in Future Islands. William reflects, “I guess being able to pay our bills and make this our career with our band.”

“You know we started it while we were still in college – we were young and broke for a very long time and we kept being like ‘keep at it maybe something might happen down the road’ and then we made enough money to pay our rent and that was enough, it was all we needed.”

“I guess not having to get a 9-5 job is one of the best things about being in Future Islands but the other side of that is now I have a 24/7 job in another way.”

It would be easy to attribute Future Islands success to one show, some catchy tracks, and a handful of well-executed dance moves, but the true success of the band lies in their natural talent, and sheer determination to succeed in one of the toughest but most rewarding industries the world has to offer.

Catch Future Islands at Bluedot Festival on the 19th July 2018.

You may also like...
TagsExclusive, Future Islands, Interview, William Cashion