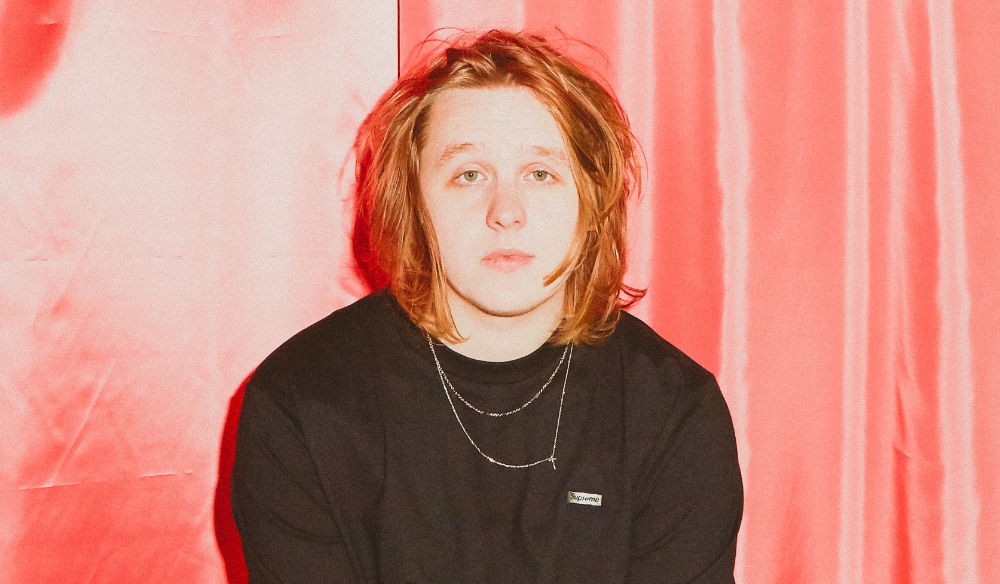 Lewis Capaldi on racking up eight million streams a month

Not many artists without an album enjoy eight million streams a month on Spotify. But as Scottish soul-singing sensation Lewis Capaldi – currently hidden away in the countryside working on his first full-length release – opens up to The Live Guide about his career to date, his unique status as a LP-less star becomes a little clearer.

“I hate recording,” he tells us. “I hate the process of doing it 45 fucking times to get just one good take. I get my real enjoyment out of playing live. I just can’t explain how much I love playing in front of a crowd.”

Performing for people has always been Lewis’ first love. He picked up his first guitar at nine, climbed on stage at the local pub at 12, and then shook up streaming stats in his adolescence – becoming the fastest unsigned artist to accrue 25 million plays on one of the world’s leading music platforms.

Seven singles have spawned six-figure monthly click rates and propelled Lewis to newfound fame, but like any young adult thrown into the spotlight, he still can’t quite wrap his head around how he got here in the first place.

“It just doesn’t make any sense to me,” says the twenty-two-year-old. “Then again, I’m not going to phone up Spotify and dispute their numbers and tell them they made a terrible mistake!”

“It’s all just been so bizarre. Two years ago I was playing to a couple of hundred people in Glasgow, and in December I played to over 4,000 across two nights. Even in Manchester I got to play the Albert Hall which I believe is a capacity of 1,700 or maybe more.”

Despite his coveted spot in the Spotify hall of fame, Lewis is reluctant to sit back on his stats – more interested in luring people to his gigs than topping the digital charts.

“Streams and stats are lovely to look at, but it’s really about people becoming fans; having your music on in the background and parting with their hard earned cash to buy a ticket for your live show. Without this, an artist like myself wouldn’t be playing live – and this is where us artists make a living.”

“I urge everyone to support their favourite artists by going to live shows as they can’t survive in this industry on streams, I mean, no fucker buys CDs anymore.”

“I know to get people to keep coming to my live shows I have to release an album. Getting the process started has been a good start to the year. I’ve stopped receiving hundreds of emails asking me to do it and I’ve been left to concentrate on finishing it up. Now I’m out here in this recording studio in the middle of fucking nowhere with five days to get six more songs done!”

“It’ll be cool when the album is eventually released – and very special given how it’s my first. It shows me growing as an artist and not just someone with a few singles.”

His professional singing career might still be in its infancy, but music has been part and parcel of Lewis’ life for as long as he can remember – keeping him company on laborious car rides with the family and providing an outlet to best his brother at sibling rivalry.

“I got into music really because of my brother and also my Mum and Dad. We used to go for caravan holidays, driving all the way from Glasgow right down to the south of France. It would take a full 24-hours to get there and my Mum and Dad would always play the likes of Fleetwood Mac, Genesis, Elvis and Queen on the way. Those are my earliest memories of music.”

“My older brother was always in different bands growing up. He started playing the guitar at 15 and I was thinking ‘if he can play guitar it’s only fair I play it too.”

“When I was nine I started learning guitar which I see as a good start into music as most people don’t learn the skill until around 14-15. I became really good at it in a brother rivalry kind of way, as I wanted to be better at it than him.”

“I wanted to play my own live gigs and I knew for that to happen I would have to write my own songs. I was quite lucky in a way as most people start out by playing covers – but for me it was my own stuff. I liked it that way.”

After watching his streaming numbers skyrocket during 2018, Lewis was also nominated for a Brits Critics’ Choice Award – an honour that left him similarly startled. “You never expect anything like that to happen to you, so when it does you just don’t know how to take it,” he states.

“People around me disagree but I don’t feel like I deserved the nomination. Those nominated in the past have gone on to be huge artists and I think ‘surely we’re not in the same league?’. Having said that, if anyone comes to tell me they are taking that nomination off me – they are dead!”

“It was myself, Mahalia and Sam Fender who made the shortlist and all three of us play very different types of music. It’s cool that the critics chose us three as it represents how culturally and musically diverse Britain is. It’s nice to see every genre being celebrated. I’m sure Mahalia and Sam Fender are going to achieve some great things.”

Lewis’ past year has been one strange, wonderful experience after another, and this rollercoaster ride isn’t stopping anytime soon for Lewis, either. After spending the first part of 2019 putting the finishing touches to his inaugural LP, he’ll be back on stage in February alongside album chart-toppers Bastille, featuring as a special guest on a European Tour that stops off right here in Manchester at O2 Victoria Warehouse.

“We’re going to strip things back a bit (for the Bastille shows),” says Lewis. “Recently I’ve played with a five-piece band, but for this tour I want it to be the bare bones of what I’m about without too many bells and whistles. I want it to be me with a piano or just a guitar and get my voice across to the audience. Hopefully, I can convert some of Bastille’s fans to come and see my full live show.”

“There’s a lot more planned for 2019 and I’m looking forward to getting back over to America, touring everywhere and playing live – I just can’t wait to get going.”

Lewis Capaldi’s debut album is set for an April release. You can catch him live alongside Bastille on the 3rd and 4th January at O2 Victoria Warehouse.