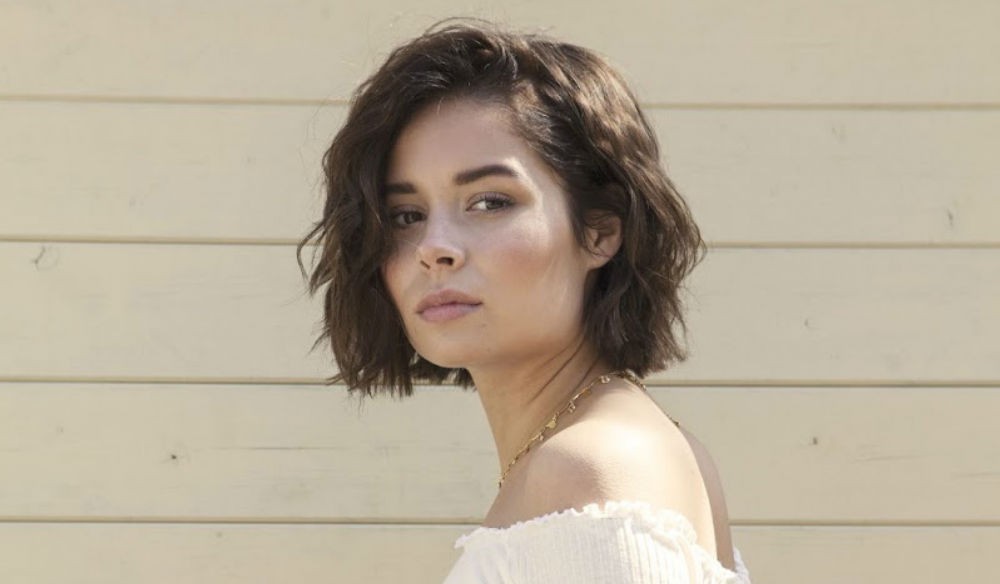 Nina Nesbitt on new album The Sun Will Come Up, the Seasons Will Change

Nina Nesbitt is on cloud nine. You can hear it in her voice.

Dialling in to talk to The Live Guide from the other side of the Atlantic – where her face is currently plastered across billboards in Times Square – Nina’s lilting Livingston tones are buoyed by joy and adrenaline.

This palpable glee is understandable, of course. These are wildly exciting times for the multitalented Scottish musician. Adverts for her new critically-acclaimed sophomore album are lighting up New York City – and she’s spent the last few weeks performing in front of capacity crowds across the States. She’s giddily caught up in the glow of newfound international stardom.

“This has genuinely been my favourite tour I’ve ever done,” Nina gushes. “I can’t believe so many here in America know my songs now. There are even people turning up to the shows with tattoos featuring lyrics from the new album. It’s amazing to see my music affecting people in real life.”

Nina is out in the US promoting her new release, ‘The Sun Will Come Up, The Seasons Will Change’. It’s a record that represents a distinct stylistic departure from her debut LP ‘Peroxide’ – moving away from guitar-driven folk-pop and slinking into glossy R&B and soul with an affecting, rhapsodic touch.

“I’ve been working on this album for about a year and a half, so it was really nice to finally get it out there”

Nina explains. “The reaction’s been amazing. It’s got some great reviews.”

“I was a teenager when I released my first singles, but back then I was still figuring out my style. I’ve naturally matured since, and I think the music reflects that on this new album. There’s a bit more storytelling here and I’ve been working with other artists as well which has helped me discover what I want to do.”

Two of the big collaborators on ‘The Sun Will Come Up, The Seasons Will Change’ are Jordan Riley and Lostboy – both of whom Nina regards as huge influences on the album’s overall success.

“When I started working with them they were two upcoming producers,” Nina tells us. “They’re both my age and really fun. It was great working with people who were passionate about what they did and had such fresh ideas.”

“I also got to work with Fraser T Smith, who has had so many hits and a lot of success working with huge artists like Adele and Stormzy. He really lets you lead the session even though he’s so experienced. He’s a pleasure and I’ve learned a lot from him.”

Working with other musical minds has guided Nina’s development as an artist, but she continues to create songs from scratch herself and dabble in production.

“The first single from the album, ‘The Moments I’m Missing’, I actually wrote and produced in my bedroom,” Nina says. “I did a lot of that when I was younger. Most producers will only work with signed artists, and as I wasn’t there yet, I thought: ‘I’m just gonna do it; I’m just gonna learn this shit myself!’ I’m really interested in production and it’s definitely something I’d like to be more involved with in the future.”

“What’s really exciting about the music industry today is that you don’t need to be signed to a major label and have a huge budget behind you to make an impact.”

“The streaming services like to support indie artists, and I’ve been really lucky”

“‘The Best You Had’ has got 50 million streams on Spotify. That is beyond anything I ever expected. It even ended up on Taylor Swift’s ‘Songs Taylor Loves’ playlist! Little things like that are really cool.”

The road to this point has been just as wild as the reception to Nina’s recent record. Between uploading tracks to YouTube as a teenager and racking up eight-figure listening streams, her career has had some major ups – like going on tour with Lewis Capaldi – and literal downs – namely taking a nosedive off the stage during a show in Hyde Park.

“I got to go on tour with Lewis in 2018 – which was one of my best experiences,” Nina says. “It was a very different audience to what I’m used to – but that’s the whole point. Performing for a new crowd is exciting. Watching Lewis every night was incredible, too. He is gonna blow up. For a musician, he’s got the whole package.”

“As well as the gigs, I’ve always loved festivals – they’re probably my favourite thing to do. At my first festival at Hyde Park, I actually got so excited I jumped off the stage and then couldn’t get back on. The security guard had to help me back up again. It was mortifying!”

Fans will be delighted to hear that Nina is bringing her mic back to Britain next month, and she wants them to know that it’ll be a series of shows to remember.

“It’s going to be a step up from the US tour in terms of the production – we’re definitely going to go all out,” Nina exclaims. “I’ve been touring for seven years but this really feels like a milestone for me. We’re even upgrading the Glasgow show to 1,300 people! I’ll be playing all the songs from the new album and some of my older tracks as well.”

Nina’s homecoming begins in Bristol, with dates in Nottingham, Glasgow, Leeds, Birmingham and London. She’ll also be at our very own Manchester Academy on the 13th April – just don’t expect her to jump off stage at any point…