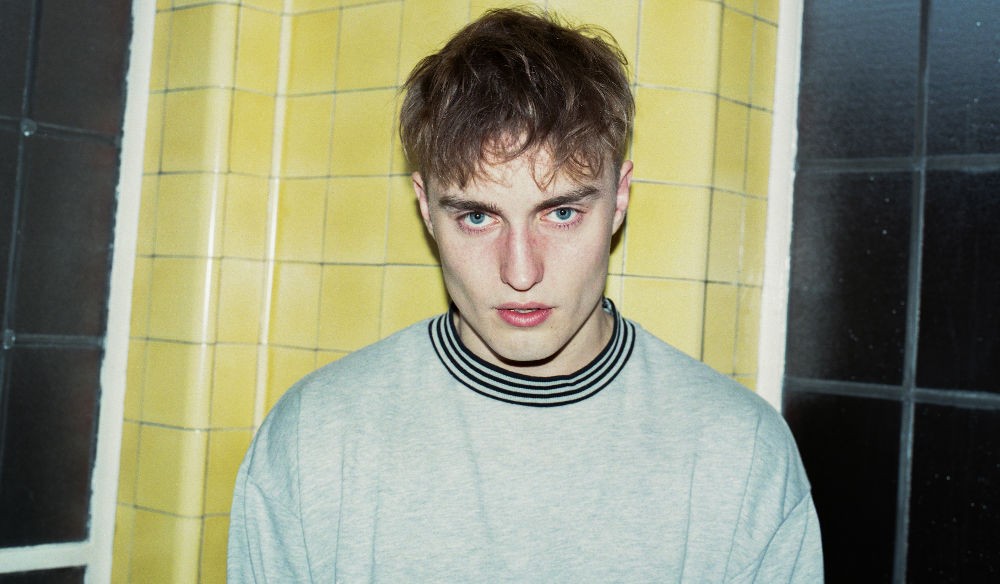 “What the fuck are those guys on about? Guitar music is alive and fucking kicking!”

It’s safe to say Sam Fender doesn’t concur with the small band of critics claiming guitar-powered songs are on their way out. The singer-songwriter is bubbling with energy for his interview with The Live Guide – eager to defend a genre he’s so passionate about.

“There are fucking loads of incredible guitar bands around. The problem is that people can’t always find them,” Sam tells us. “Not many have musical awareness outside of the charts – which are ruled by songs written by about the same twelve people. It’s fucking insanity. But those who are into music know that there is fucking loads of great stuff out there today.”

Some might include Sam himself in that coveted list of artists making waves outside the Top 40. Crowned as the Brit Awards Critics’ Choice for 2019, the twenty-five-year-old has a debut album in the works, a brand new video out for his latest single ‘Hypersonic Missiles’, and a monthly Spotify play count toppling the two-million mark.

He’s knee-deep in “next big thing” territory, which is all-the-more-impressive given the fact he was pulling pints in a North East pub just six years ago.

“I’m from North Shields, which is a blue-collar, working-class town full of fucking crazy charvas,” Sam laughs. “I was raised by my dad and my brother who are both musicians. My dad used to play social clubs in the evening and worked as an electrician during the day.”

“That was what you always got in my house: music and labouring”

“There’d be dad the electrician, Stan the gasman, Frankie who did all the plastering. They were the most blokey blokes on the planet.”

“I was the complete opposite, really – shit at football and a total nerd who loved Star Wars.”

Working behind the bar at his local boozer one evening, Sam was urged by his boss (a dead ringer for Winston Churchill, we’re told) to grab his guitar and perform a few songs for the crowd.

Ben Howard’s Manager was in the room that night. He liked what he saw and took a contact number.

Now Sam is racking up play counts by the bucket-load. “Everything’s gone a bit mad,” he admits.

“I’ve just been out on tour in America which was great. Me and the band were ripping the piss out of each other – it was fucking hilarious. I ate so much shit when I was out there I actually came home and projectile vomited everywhere…”

“I think I’m still getting used to the touring. And all the recognition.”

“I mean The Critics’ Choice Award was crazy. What the fuck happened there?”

“I think it was supposed to be for Lewis Capaldi and they made a mistake.”

The single that kick-started Sam’s remarkable ascent was ‘Play God’ – a song about a dystopian society which he wrote after burying his nose in George Orwell’s ‘Nineteen Eighty-Four’. But not all Sam’s music is inspired by fiction. He penned ‘Dead Boys’ after an all-too-real event where a close friend took his own life, and the song has since helped to raise awareness of mental illnesses in young men.

“‘Dead Boys’ was born out of a reaction of abject shock,” Sam explains. “I was just trying to articulate how I felt about it. It’s become an anthem for mental health, which is the positive side of it.”

Sam has gained attention for tackling a few big topics in his songwriting so far, but he doesn’t consider himself a thought leader or preacher. “I write about what matters to me at the time, I don’t see it as a duty – I’m not on a social crusade with a political agenda,” Sam explains.

“If something stirs emotion in me and I can express it with conviction, I’ll write about it. The majority of the social commentary in the mainstream is in hip-hop. Alternative guitar music isn’t given the podium it deserves. It’s a shame as there are so many great alternative guitar bands and punk bands out there; Fontaines DC, Idles, Big Thief, A Festival A Parade, Pinegrove. They’re all cool as fuck.”

Sam says being in the studio is one of the things he loves most about being a musician, and the release date for his debut LP – scheduled for late summer – is rapidly closing in. “It’s very nearly finished,” he informs us. “This album’s been five years in the making and there’s loads of different stuff on it; eighties-style tunes, three songs with sax, and a few earwormy melodic pop songs, too.”

“Basically I’m gagging to get this one done now so I can get back in the studio to write the second!”

Manchester fans won’t have to wait long to hear some of Sam’s latest stuff, either. He’s heading to The O2 Ritz venue in May – and to say he’s excited is something of an understatement. “I cannot wait!” he gushes.

I’ve seen Bruce Springsteen at the Etihad before, Arcade Fire at the Castlefield Bowl. I’ve spent a lot of time in the city, too, dossing around the clothes shop getting all the stupid fucking shirts with bleach on thinking that’s a good idea.”

“It’s a cracking city. Great people, good history, good pubs, the architecture with all the red bricks. I love it, it’s just what you want in a city.”

Sam’s as plain-spoken as ever as our conversation comes to a close, mapping out his plans for 2019 in no-nonsense fashion. “I’m just gonna tour my arse off, work my arse off, and hope to God people like the new album.”

Catch Sam Fender in Manchester at the O2 Ritz on Thursday 2nd May.