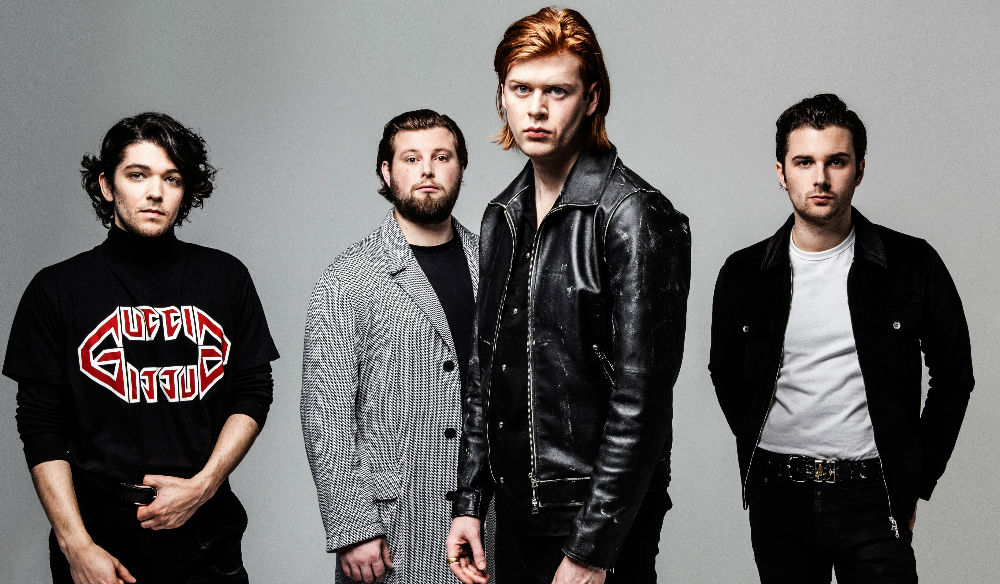 The Amazons tell us why Manchester is their “spiritual home”

Legend has it that a tribe known as The Amazons once existed on the fringes of civilisation.

Singer-songwriter Matt Thomson had been reading a book on this phenomenon and thought it’d be a pretty cool band name, but his interview with The Live Guide reveals that his rock group have far more in common with this mythical clan than just a moniker.

Formed in Reading, they too grew up on the periphery of a well-known world which they longed to be a part of. “Being from Reading, you’re always looking outwards at the world. Everything outside it promises adventure,” Matt tells us.

“The town doesn’t have a huge history in music. There’s a little bar scene which myself, Elliot (bassist) and Chris (guitarist) were a part of for a good while, and when we met our drummer Joe in 2014, we all wanted to get out there and see what experiences we could have outside this place.”

That’s not to say The Amazons are ashamed of their roots, though. Far from it. According to Matt, the group might not have even existed without their hometown’s flagship festival.

“Growing up, there wasn’t much going on most of the time. But for three days a year, the artists of the world all descended upon this grey, mundane, sleepy commuter town and performed on our doorstep.”

“I mean, imagine it. You’re a kid playing in shitty cover bands, you’re pretty shit at the guitar, you’re kind of thinking about giving up, and then you go to this festival and you watch Queens Of The Stone Age or Kings Of Leon and your world’s turned upside down. You’re thinking: ‘Fuck me; I want to do this! I want to be on stage. What’s backstage? I want access to those closed doors. I want to see what’s on the other side.’ Some people don’t care about that stuff. But we certainly did. That’s why Reading is the biggest thing on our calendar and we can’t wait to play there later this year.”

Ever since gawping at the big guns rocking away in their backyard, The Amazons have been on a wild global journey to earn themselves a spot on the mega-festival bill alongside their heroes.

They’ve supported Jimmy Eat World at the Dublin Olympia, set their tour van on fire in broad daylight (a spectacular image used as the cover art for their eponymous debut LP), amassed millions of plays on Spotify, and been touted as a ‘band to watch’ by BBC Radio and NME. Today alone they’ve squeezed in two interviews and a photoshoot for Kerrang!

The Amazons’ euphonious brand of high-powered indie rock (with more than a few dashes of metal) has proven a fitting soundtrack for an action-packed five years – and the group embarked on a whole different kind of venture in 2018 to find inspiration for their sophomore album ‘Future Dust’; heading out to Three Cliffs Bay in Wales.

“We decided to go on a writing trip somewhere unique,” Matt tells us. “On the front cover of the new album you can see us all standing in a cave outline at Three Cliffs. That’s where we wrote ‘Future Dust’. The image works as a snapshot of that time.”

“We’ve got some much stronger themes on this record. Sonically, it’s quite different to our first album, too. We’ve been developing a lot as we’ve toured and worked hard to master our individual crafts.”

“Half the album is a love letter to rock and roll”

And the other half is an exploration of what we can do; where we’re at as people. A lot of it is rooted in personal experiences.”

Interestingly, though, with every new adventure the band enjoys, they find themselves looking back at their roots more than ever. “I’ve always been interested in the origins of things, but even more so recently,” Matt tells us.

“I think the further we go down the path creatively, the more the music of our formative years, kind of creeps up on us. Bands I loved when I first got into rock and roll – Led Zeppelin, Fleetwood Mac, The Beatles, The Rolling Stones – I’ve found myself revisiting and wanting to know what they were influenced by. Why were they so great?”

“It’s been interesting delving into the people at the beating heart of rock and roll like blues artists. I mean, we’re not making a blues record…but you’ve got to know where you come from, don’t you? I’ve loved digging into that and learning about why we do what we do.”

When he’s not busy trawling the annals of rock and roll history, Matt will be on stages with The Amazons across the UK this year – with an upcoming gig scheduled at Neighbourhood Weekender

“We can’t wait to play this one,” Matt exclaims. “This area means a lot to us. We’ve done pretty much the whole circuit of Manchester. We started out at Dot To Dot Festival playing at Soup Kitchen to about ten people, then the crowds just started getting bigger with every venue we played.”

“We walked off stage being like: ‘Wow… that was the best gig we’ve ever done.”

“Reading might be our technical home, but after playing so much in Manchester – this definitely feels like our spiritual home.”

Catch The Amazons at Neighbourhood Weekender on 26 May 2019.