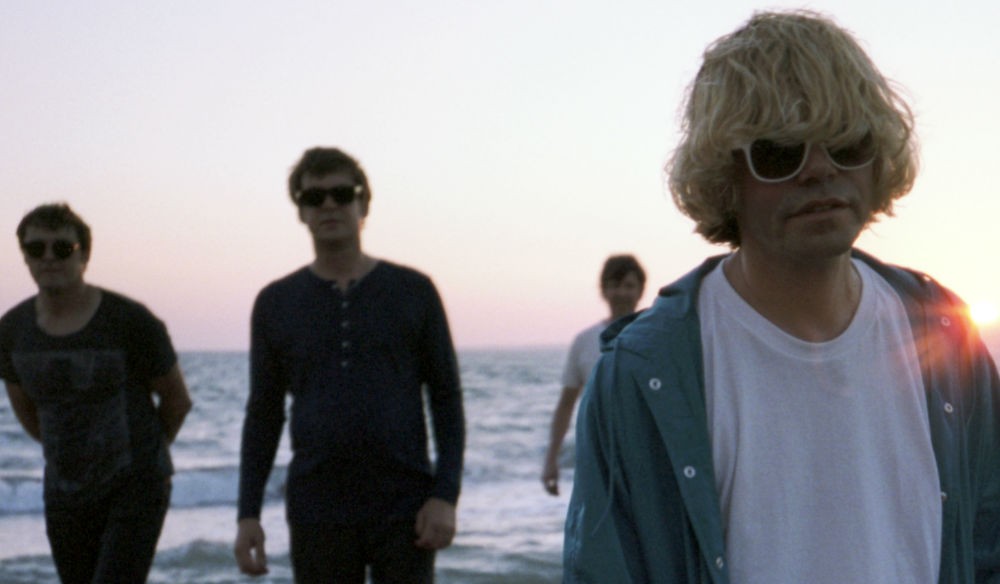 The Charlatans burst into the music scene in the early 90’s with the release of their debut album ‘Some Friendly’ and became intrinsically linked to the drug-fuelled Madchester scene but now it’s ‘Different Days’ for the band.

12 studio albums on and ever-evolving with the times, The Charlatans have continued to remain relevant to their increasingly growing throng of fans, both new and old. Between rehearsals for their upcoming UK tour, we sit down with lead singer Tim Burgess in the band’s studio, to discuss The Charlatans’ illustrious career, latest album ‘Different Days’ and their imminent dates.

“When we first started it was just the most fantastic adventure – we lived for the music and did things our own way. Our first album went to No. 1 and we got to travel the world doing what we loved.”

The 90’s were exciting times for the newly formed band. They released 6 studio albums, 3 of which went to No. 1, had 16 Top 40 singles and performed huge support slots to Oasis at Knebworth during the decade. “I’ve got a pretty good memory so it’s all in there somewhere. I can look back but I’m more excited about the future than I am about reliving anything. I’m happy the past is in the past.”

Unfortunately, that period of time was also peppered with sadness for The Charlatans, as keyboardist Rob Collins was killed in a car crash in July of 1996, during the recording of the band’s fifth album ‘Tellin’ Stories’. When asked if he would go back and do anything differently Tim explains,

“I drank way too much and took a few too many drugs – the me now doesn’t do that but if the kid back then stopped before I chose to it might have fallen apart. I was pretty shy and did those things to help me face the crazy world I was in – I was OK a few years down the line and didn’t need them anymore, I had enough confidence to stand on my own two feet.”

“I’d tell Rob not to go into that shop, not to drive that car – but other than that I’d keep it pretty much the same.”

Back in the present day, the band are in a positive place, having released their latest album ‘Different Days’ in May of this year, with a number of notable musicians getting involved.

“It’s our 13th studio album and the follow up to ‘Modern Nature’. When we started recording, we thought it might be interesting to ask some friends to get involved. So a few months later we had an album full of songs with contributions from Johnny Marr, Sharon Horgan, Stephen Morris, Ian Rankin, Gillian Gilbert, Kurt Wagner, Nik Void, Donald Johnson, Pete Salisbury and Anton Newcombe – I think that covers everyone. We loved the results so, we thought it’d be cool if everyone got the chance to hear it.”

The album charted at No. 4 in the UK Albums Chart and No. 1 in the Indie Chart, the band’s highest chart position since releasing ‘Wonderland’ in 2001.

When asked what they attribute to its commercial success, Tim discloses, “That’s always a tough one as when you are recording an album in a studio, you’re in a bit of a bubble. It’s never our intention to release a record that just gets as high in the chart as possible but it’s great to think that lots of people are giving it their seal of approval by heading out and buying it, or downloading it.”

“We headed to Manchester on the day the album came out and put together a day of events – we showed a film, played a gig in an old shoe shop, had a pop up coffee shop and pub and there was a signing at Piccadilly Records – we had fans who had first come to see us in 1990 and 16-year-old kids who got into us when they heard ‘Come Home Baby’.”

The group are also set to release their new single ‘Over Again’ on coloured green vinyl on the 1st December. “It’s the third single from the album, the first was yellow, second was blue – green comes next in that sequence but I’m not sure why. There’s a new song called ‘I Like You’ on the B-side too. And A Certain Ratio have remixed ‘Over Again’ too, we can’t wait for everyone to hear it.”

With new material at their disposal, the indie-rockers are set to embark on a UK tour, with a date at Manchester Apollo on the 2nd December. “Expect a big night out. Turn up and we’ll do the rest. I love the escapism of going to see a band I love play live. That’s what I hope we can be for our fans, or people seeing us for the first time. As much as we love spending time in the studio, we’ve always been about playing live. Yeah, expect a great night, some of your favourite songs and maybe even a sing-along at times.”

Recalling stories from his crazy times on tour, Tim adds, “Crazy times now are different to crazy times back then. Driving from Liverpool to Southend for a Fad Gadget album – then getting to Brixton on time for a sound-check is maybe a bit more reserved than what we used to get up to but it’s as far as I like to go these days. I wrote ‘Telling Stories’ a while back to cover the wildest times. The wildest of which involves a deal with the reader to never talk to me about it if we meet.” /em>

“We got up to some capers but we were five young lads living our dream. There was that time I got locked in Ronnie Wood’s fridge, you’re allowed to ask me about that if we end up meeting somewhere.”

With such an extensive back-catalogue built up over some 30 years, it must be difficult for a band like The Charlatans to choose a set-list. “It’s a tough one as people have favourites and there’s well over about a hundred and fifty songs to choose from – there’s about 45 singles and we like to dig deep with a couple of lesser-known tracks too. I don’t think it’s a spoiler to say we’ll play ‘Sproston Green’ at the end. We pretty much decide on the day of a gig – shuffle things around so it stays as exciting as possible.”

Mixing it up is something The Charlatans are accustomed to, with 10 acts – from Average Sex to Tom Mouse Smith – joining them on their latest stint of shows.

“That’s one of my favourite parts of a tour – you get to see some of your favourite bands play, and then when they get to the end of their set you kind of realise you’re on next.”

On the day of their Manchester show, Tim will be doing an intimate pre-show talk at the Frog and Bucket. “The follow up to ‘Telling Stories’, ‘Tim Book Two’, came out a couple of years ago. It was based around a challenge to track down records recommended by people like Johnny Marr, Iggy Pop and Sharon Horgan. Bob Stanley from St Etienne recommended one of the albums and he’s in Manchester that day, playing a gig at The Ritz. Brix Smith wrote a really good book too so the three of us are getting together and we’ll be talking about music, records and whatever other subjects come up.”

Not content with a rest, Tim will also be doing post-show DJ sets throughout the tour. “I love DJing after a gig, otherwise it’s midnight and you’re kind of hyped from playing so it’s a great way to spend some time with people who were at the show. I love a bit of Northern Soul so a few classics might get a spin, Bowie, Beastie Boys, ‘Gravel Pit’ by The Wu-Tang Clan, The Charlatans go down well too, The Supremes, De La Soul. It’s all in there.”

And what’s next for The Charlatans? Tim suggests, “Maybe we’ll work on some new ideas in the sound-checks on tour, maybe not though. We don’t really look at plans beyond the end of the year but I suppose at some point”

“we might sit down as talk about album number fourteen.”

It may be ‘Different Days’ for The Charlatans but unlike most they have managed to successfully navigate 3 consecutive decades, remaining current and topping the charts throughout. With a glimmer in the distance marked ‘album number fourteen’, the prolific quintet show no signs of slowing down now.

“Bands come and go but we hopefully maintain our relevance while putting out decent songs and being a band that people want to come and see. When it all comes down to it, without good songs a band are sunk.”

The Charlatans perform at Manchester Apollo on the 2nd December.

You may also like...
TagsExclusive, Interview, The Charlatans, Tim Burgess