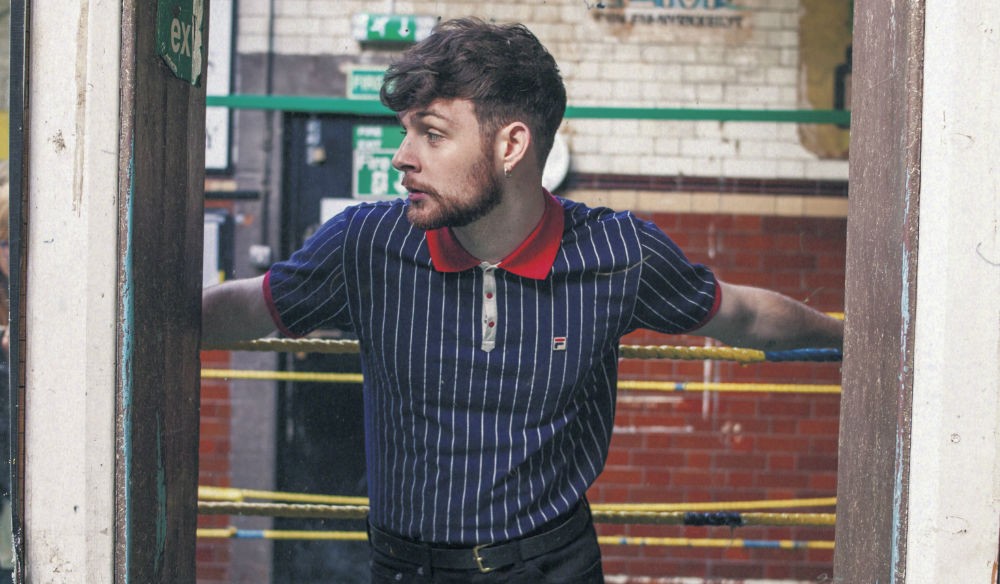 Tom Grennan on his journey so far

From professional footballer to emerging singer-songwriter, at 22 years of age, Tom Grennan is living the life that most young lads can only dream of.

Casting urban shadows on his polished soul-pop, Grennan is the product of a man brought up on a delightful diet of Ray Charles, Skepta, Amy Winehouse, Kano, Elvis, and Wiley. A concoction which unconventionally creates music of mass appeal, engaging with audiences of all ages.

On the verge of releasing his debut album, having collaborated with the likes of Chase & Status and Bugzy Malone, set to embark on a sold-out UK tour, and with his name popping up on festival line-ups nationwide, the Bedford boy is at an exciting yet hectic point in his career.

We caught up with Tom in the picturesque town of Groningen, fresh from his second set at European showcase festival Eurosonic Nooderslag to chat about his journey so far, his thoughts on the festival, and what’s next on the cards.

“My journey right now has been pretty crazy, man. It’s a journey that I thought I would never be on, but everything is so positive and the energy around the whole project, like meeting fans and going to different countries, and yeah the journey has been wicked mate.”

Attended by bookers, agents, press, and record labels, the industry showcase festival is set to further propel Tom’s career to new heights. Tom explained, “Like you say [the city] is beautiful, it is beautiful man but Eurosonic puts you on a platform to be seen by a load of promoters and a load of people from different countries, yeah man I think it’s good for all bands and all artists.”

In a town famed for its many venues, Tom performed to a packed out crowd at the Groningen Forum. Upon asking about how his set went at the festival, Tom said: “Pretty Shit! [Laughs] Naw, it was good man but like we hadn’t rehearsed as a band since before Christmas, so it was rusty on my behalf and obviously, I was jet-lagged but I can’t complain. It was a big show and like you say people were squeezing in, so it was cool man.”

Performing tracks from his soon-to-be-released debut album ‘Lighting Matches’, out 18th May, Grennan crammed the best of his expanding catalogue into the 40-minute allocated time-slot. Noticing that the guitarist in in his band had urged him to perform another song, despite running over his allotted slot, we asked Tom what happened when he got off-stage. “Yeah we got into trouble ‘cause the whole time set of that thing was so crazy as we had to get off stage in 15 minutes, there was a 15 minute change over and then the guy was shouting ‘one more song, one more song’, and I said okay we have to do one more song, and like you say my guitarist was like” ‘fuck that, let’s do two more’, so I was like ‘fuck that, let’s do two’.”

Having flown in straight from L.A. to Holland for the festival, we were intrigued to find out what he’d been doing out there. A jet-lagged Tom explained, “I’ve just signed an American record deal, which I’m buzzing about and I’ve been doing a bit of writing over there and yeah feeling the vibe of January.”

Back in 2016, Grennan’s signature raspy vocals featured on Chase & Status single ‘All Goes Wrong’. “They heard one of my songs from my publishers and I just went and met them and it was mad as I was a fan of them anyway. Went into the studio and we kinda kicked it off straight away and wrote a song which is ‘All Goes Wrong’. Chase & Status gave a gamble on me and thankfully it went to plan.”

Collaborating with musicians of the zeitgeist is just one element which has bought Grennan’s musical career together, however, his idols haven’t always been of the musical variety. “As influences go I was never like a music head being young, so a lot of my influencers were footballers.”

As a teenager, Tom was on a promising path on the football field, playing for Luton Town, Northampton Town, Aston Villa and Stevenage, but what – aside from an impromptu rendition of The Kooks ‘Seaside’ – kicked off his change in career? “Alcohol, girls [laughs] naw I’m joking. I think I found a different road in life. I felt like music and singing was a release for me, and an escape route. So yeah, I suppose that’s why I picked it up and I wasn’t that good at football in the end and I’ve tried to master my craft in this and I’m still trying to master it but I think I’m just better at this.”

Now in a chance nod to his former football career ‘Found what I’ve been looking For’ has been used as the title music to the Sky Sports Premier League coverage. “It’s crazy! I watch a lot of football, and I forget that it’s on, so when I’m in the pub with my mates and stuff like that I’m like ‘Fuck, oh yeah that’s my song’ but again it’s an honour to be picked by the Premier League and Sky, yeah man I love it!”

Padding out his thunderously raw yet chirpy, hook-heavy singles with a full-length debut, Tom is set to drop ‘Lighting Matches’ with the same confident and charismatic vibe which he exudes on-stage. “From the album you can expect orchestras, brass, vocals and just pure epic-ness mate.”

Tom wrote his latest single release, ’Sober’, the morning after a booze-filled night out. Released in the height of dry January, the soul-popper explained, “‘Sober’ came from like a hungover, hungover day. You know one of those days where you are like I never want to drink no more and then the next day you do, you drink loads more. But it came from there really and then I wrote it with a guy called Jonny Lattimer and a guy called Adj and Fraser T Smith produced it up and made it to this epic song.”

Tom will be showcasing his new album on UK stages this March, swinging by Manchester’s O2 Ritz on the 22nd. Asking how he felt when he learned of the tour’s sold-out status Tom said, “Amazing! That’s what my goal was to be like, I don’t ever want to tour without it ever been sold-out, so I’m setting myself targets.When I got the news I was buzzing man. I just know that every venue is going to go off.”

Asking what fans can expect from the live shows, Tom enthused, “Expect the unexpected for one and also expect good lively Tom Grennan. I’m going to put on a good show and I want people to leave the venue saying I want to see him again. So yeah, expect the unexpected.”

So what’s next for the talented Tom? “Album, tour and just try and take over the world mate.”