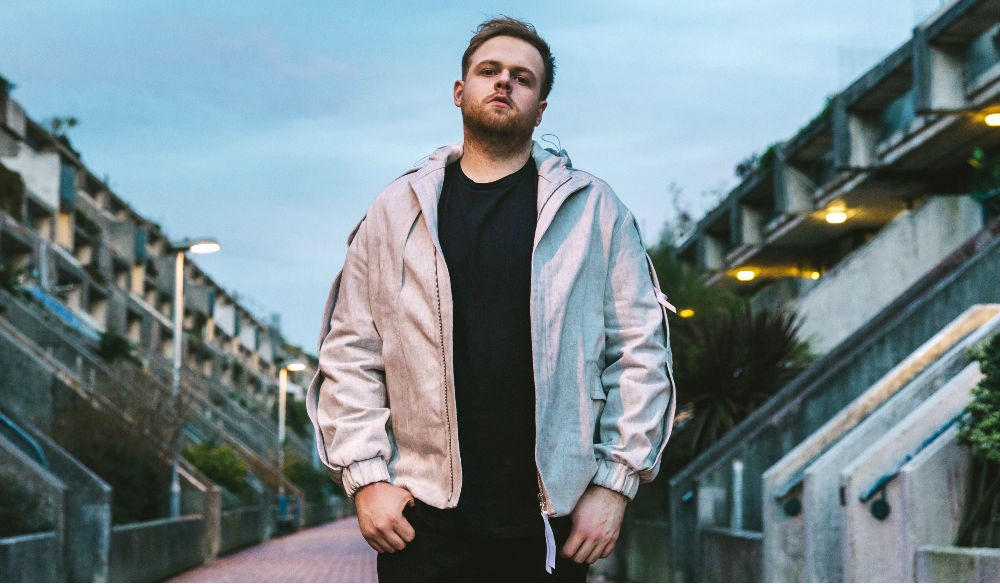 Tom Walker on debut album “What A Time To Be Alive”

Trump and Theresa, North Korea, GDPR, Syria, bombings, Brexit, building a wall – these are generation-defining times and it is in these past couple years that Glasgow born, Manchester raised singer-songwriter Tom Walker has begun to make his mark on the music scene. Whilst his releases – so far – haven’t been particularly political in nature, he is currently penning his debut album and it is with these weighty external influences in mind that he plans to title it ‘What A Time To Be Alive’.

Tom explains, “I don’t know when it’s going to be released but it’s going to be called ‘What A Time To Be Alive’ ‘cause I think right now is a crazy time to be alive in a good way and a bad, as we have achieved a lot as a human race but also sometimes, watching the telly, I think ‘what the fuck is going on?‘ So that is reflected in the album.”

Whilst uncertainty may surround us all, what a good time it is to be alive for Tom Walker. The past couple of years have seen him added to numerous ‘ones to watch’ lists including the MTV Brand New shortlist and BBC Radio 1 Brit List. He supported the likes of The Script, George Ezra and Jake Bugg before selling out his own UK tours. He also signed to Sony subsidiary Relentless Records, released several singles, including Top 40 hit ‘Leave A Light On’, and an EP called ‘Blessings’, which the sincere singer is seemingly counting.

“It’s all just gone at a crazy, crazy rate. I mean two years ago I did the festival circuit on my own in my 1.4 VW Fox”

“with all my gear in the back and turned up to play on Friday morning at 11am and did everything on my own – no tour manager or anything – and now I’ve got a whole team of people and we’re going and selling out tours. It’s just amazing to see it progress at the rate it’s progressed. It’s really, really cool.”

Tom kicked off this year with a BBC Sound of 2018 nomination, “off the back of that we got a ton of festivals and the tour sold-out. It was such a cool thing to be on because if you look back at all the artists on that list over time a lot of them are doing very, very well these days. So it’s cool to be on that list alongside some amazing acts like Pale Waves, Sam Fender and there’s loads more wicked people on it, so I was buzzing when I found out.”

However, the release of ‘Leave A Light On’, in October 2017, was perhaps the real turning point in Tom Walker’s career. To date, the track has racked up over 90 million streams on Spotify alone, and that’s not including the acoustic version and the numerous remixes of the track by the likes of Dasco and Luca Schreiner, AlunaGeorge, and Chad Lawson. Meanwhile, the video for said song has been watched by over 47 million eager eyes on YouTube.

Tom reveals, “I thought it would connect with people one way or another but”

“Again, it’s just pretty crazy. When I was a kid there’s no way I would have thought one of my songs would be listened to 90 million times, it’s just hard to imagine.”

Dedicated to his friend’s struggle with addiction, ‘Leave A Light On’ is a sensitive yet powerful ode. Piano and synth-waves are smothered with Tom’s passionate vocals, while the lyrics remind listeners that no matter how dark things get there’s always a light at the end of the tunnel.

“I thought it would translate to people ‘cause everyone in their life at sometime has struggled with some form of a addiction. ”

Unbelievably the comprehensive and complex song is the product of just 5 hours in the studio with Steve Mac. Having worked with the likes of Ed Sheeran, Clean Bandit and Anne-Marie, Steve has added those current touches that have helped to secure its commercial success. So much so, that the song has been used as the soundtrack on a Sony Bravia TV advert.

“I’ve only seen it the once”, Tom explains, “I’ve got a TV at the moment but I don’t have a Freeview box and only have a Chrome Cast and I’ve mostly been watching Netflix, so I’ve only seen it once at a friends house.”

“Lots of people have rung me and said ‘is that your new song on that bloody advert?’ I’m like yeah, yeah [Laughs].”

Tipped to be the next breakout global star, the success of the single has secured festival bookings and sell out tours for Tom in the UK and beyond.

“I just feel really fortunate at the moment as the single seems to have translated abroad as well as in the UK, which is amazing.”

“I played to 8,000 people in Switzerland the other day, which was absolutely crazy, so it’s all a bit of a shock.”

“To headline a show like that is just unreal, it had pyrotechnics on the stage and I didn’t know about them or what was going to happen. Then these massive flames just appeared in front of me and I was like ‘whoa this is pretty special’.”

Despite stepping up to headline status, Tom is no stranger to large stages having supported the likes of The Script and Jake Bugg.

“We’ve had some good supports but it’s also nice to support other bands. With The Script I think we did over 6,000 miles in 22 days and did the whole of America from New York to L.A, which was just unbelievable but it’s nice to be headlining as you have more pressure to be good and people are coming because they know your songs.”

If you missed Tom’s recent headline dates, he has just announced an October UK tour, “We’ll be playing a lot of songs off the new album, which people won’t have heard before. We’re stepping it up from us just playing a gig, to a show, which is wicked. It’s finally looking like a proper show with a band that are tight when we all perform together.”

While Paolo Nutini, Ed Sheeran, Adele, Sting & The Police, and AC/DC are amongst the names Tom reels off when asked about his musical inspirations, a grounded, down-to-earth Tom Walker cites his father as his main inspiration for getting into music.

“I guess it was my Dad, he’s massively into his music and has a big CD collection and he loved taking me to concerts from a really young age. He’s taken me to see everybody from Muse to Underworld to Foo Fighters, so yeah he’s always been a massive music fan. He doesn’t play or anything but I would say it’s him who inspired me to get into it.”

“I still come home now at the age of 26 and he’s still showing me music that I’ve not heard of and that he’s found and I always think I’m going to show him something cool but he’s already fucking got it [laughs]!”

Whilst we may not know exactly what the next 18 months has in store for us all, what a time it is to be alive. There may be barriers to be built or broken, obstacles to face. There will be good and there will be bad. And it’s nice to think that soon, in the not too distant future, Tom’s debut album will sit amongst the greats in his dad’s record collection and benchmark this time in all of our lives.