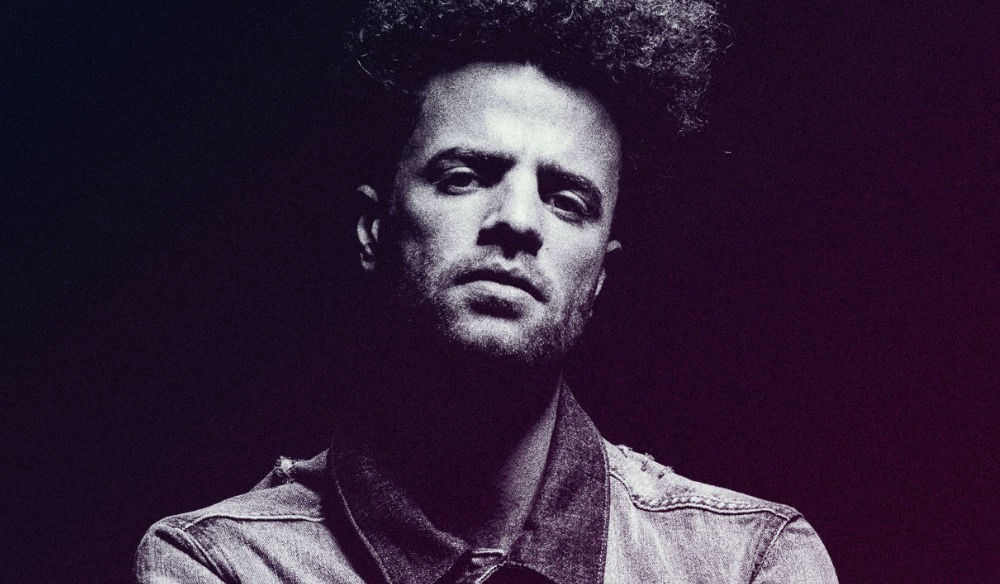 It’s been quite a journey for Youngr. From tinkling on the piano at the age of 8 and starting bands with his brother at 13 to headlining shows across the globe as a one-man band. Most recently, a sold-out gig in an old covenant in Bolivia last December. Not bad for a lad from Manchester.

Since breaking through with his self-released and super popular debut single, ‘Out Of My System’, the 29-year-old has enjoyed worldwide success. Last summer alone saw performances in 30 different countries and a global headline tour which whirlwinds its way back to Europe this month.

In a world where there’s a lot of negativity floating around, Youngr’s music is all about having a good time. He puts some of his international success down to the upbeat nature of his tunes.

“I think it’s because my music is all about positive vibes and it makes you feel good.”

“All I’m trying to do is create positive energy that makes people dance and smile. I think that’s why my music travels around the world so freely as everyone likes to feel good. I also think it’s because I use so much cowbell and who doesn’t love a cowbell?”

You read that right, a cowbell. Youngr is the definition of a multi-instrumentalist. Utilising his undeniable talent across a wide range of instruments and a little help from a looping machine, his stellar studio sound transfers perfectly to the live shows. It hasn’t always been a one man operation though.

“I’ve been in bands all my life. I’m most used to being in a ten-piece and I was part of one just before Youngr happened. The one-man band thing kind of happened by accident. It’s only because I bought some software and realised you could do all of these looping effects with it. I got a Calvin Harris vocal and just threw it in one night after a gig in a studio in Liverpool. I filmed what I was doing on an old-school camcorder, put it up on YouTube and people seemed to love it. I did more and as if by accident I ended up doing live shows and it just became a thing.”

Youngr hails from a musical family which may explain the multi-instrumentalist path he’s sailing down. His father, the legendary August Darnell from Kid Creole & The Coconuts, encouraged his children to perform and write their own music from an early age.

“Music has been in the family forever”

“I just don’t know any other way. My Dad has definitely influenced me in a big, big way. I grew up with his music which is calypso, salsa, pop and Americana influenced.”

It wasn’t just his Dad that Youngr could bounce off musically, he also has fond memories of jamming with his brother. “I was in bands with my brother all my life. I learnt the piano first when I was 8, as my Dad forced me to do piano lessons back then. Then, I got fascinated by drums at 11 and I think me and my brother started our first band when we were 13. He played guitar and bass at the time and I learnt from him and started playing them both myself about 10 years ago.”

Youngr’s initial success was thanks in part to his now legendary bootlegs and remixes. His toe-tapping yet serene version of The Temper Trap’s ‘Sweet Disposition’ attracted a whopping 15 million views in just two weeks. Fast-forward to present day and 70 million global streams later, Youngr is celebrating the release of latest EP. ‘Obsession’ is a stunning collection of four of his own tracks that channel a deeper pop sound.

“With ‘Obsession’ I wanted to focus on the dance side of Youngr and that naturally made things a little darker. The lyrics are about how we all have our obsessions whether that is a lifestyle, a person or even social media.”

Bursting with pure musicality and all the elements of his instrumental and vocal talents, this new body of work is proof that Youngr is a man on a mission and his rise is only set to continue. All four songs are certainly pop-leaning, but the lead title track, in particular, takes that famous bootleg sound a little further.

With the success of the ‘Obsession’ EP and a never-ending run of blistering live shows, it’s safe to say 2018 was a year to remember. Picking a highlight might be difficult. “I’m just going to say playing in the Czech Republic in front of 25,000 people. I was like, ‘what has happened?!’”

“It was a festival called Beats For Love. A bunch of DJ’s were on the bill and I just didn’t know what it was. I walked out on stage with 25,000 looking back at me.”

“I had a podium and walked around it feeling like Robbie f***ing Williams. It was just brilliant

On to this year and the worldwide demand for a Youngr live performance continues. The UK leg of the tour kicks off a host of gigs across Germany, Holland and France. And what better way to get back into the swing of things than a special homecoming show at The Deaf Institute this January. What can us Mancunians expect from this highly anticipated return?

“A good time! Lots of banging tunes, smiling, dancing and a good old night out with some new tunes thrown in.”
What more could you want? A new album? Okay, you can have that too. As if things weren’t busy enough for Youngr, the accomplished musician has already started work on his long-awaited debut record.

“I’m working on it right now. I’ve just gone back into the studio and I’m currently playing around with some sounds and figuring out what the next steps will be. I’ve got so much material so there’s definitely going to be an album this year, a proper one!”

Catch Youngr in Manchester at The Deaf Insitute on Thursday 17th January 2019.